Mistress Danielle does not like slaves who are not obedient. She can never compromise on that and she had to do something about it. She called her and she punished him unexpectedly. She trampled him using her boots and her socks and she made him endure a lot of pain. It was only when she was done that she told him why she was punishing and warned him against repeating the mistake. 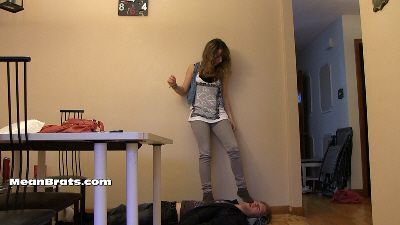